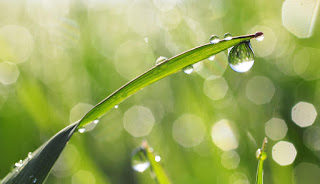 It strikes me every year, when we get to Parashat Veyeitzei, that Jacob’s interaction with the Holy One is… not particularly reasonable. Jacob, Ya’akov, in his time in the wilderness, essentially gives God an ultimatum. Fine, he says - I’ll let you be my God, as long as you keep me safe, fed, and clothed. What?! Ya’akov is the inheritor of the covenant with Avraham, and talking to the Master of the Universe. Surely there is no ‘if’! If Ya’akov wasn’t safe, fed, and clothed, would he really have given up on the covenant?

Ya’akov is not the first person we see speaking with God in a slightly unreasonable manner. And, to be honest, I know for sure that he isn’t the last because I suspect I’m not always reasonable, either. And I recently stumbled across a short list of examples in the Talmud of unreasonable requests that people made of God in biblical literature. This can be found in Masechet Ta’anit, which I’ve been studying recently with Rabbi Roni Tabick of New Stoke Newington Masorti. On that list are some examples that end well - like Eliezer, the servant of Avraham, who bargains with the Divine that the woman who offers water to the camels will become Yitzchak’s wife. And some examples end badly - like Yiftach, in the Book of Judges, who vows that if he wins the war he will sacrifice whatever comes to greet him from his home… and ends up sacrificing his own daughter. And then Rabbi Berakhya brings up another unreasonable request - this one from this week’s Haftarah, which is from the very end of the Book of Hosea. The Talmud is interested in this particular quote:

‘אֶהְיֶ֤ה כַטַּל֙ לְיִשְׂרָאֵ֔ל’, says the Divine - ‘I will be like dew to Israel.’ In the context of our Haftarah, it might not catch our eyes at all. But this phrase is actually really important. ‘I will be like dew to Israel’, says the Divine. But this is in response to an earlier request, in the sixth chapter of Hosea, in which Israel says: if we return to God, then surely God’s response will be: ‘יָב֤וֹא כַגֶּ֙שֶׁם֙ לָ֔נוּ’ - ‘God will come to us like rain’. Israel says ‘come to us like rain’, and God’s response is: no. The rabbis of the Talmud pick this up, and they flesh out the response of the Divine. Why does God reject the request of Israel? According to Rabbi Berekhya, the problem is this: when there is drought, we want rain desperately. And when there is drought, we forget that we don’t always want rain. God rejects the comparison to rain because it comes from the place of longing that has forgotten what it’s like to live in a healthy world. No, says God - I will be like the dew, which is always healthy, and not the rain, which you might think you want to come forever, but which holds the potential to drown you. It is, I think, an incredible reminder that what we feel desperate for and what we actually need are not always the same thing.

May God always be like the dew, even when we request that God be like the rain. And may God listen to our more unreasonable prayers, and then dutifully let them go unanswered.