Nachum 3: Even Assyria Can Fall 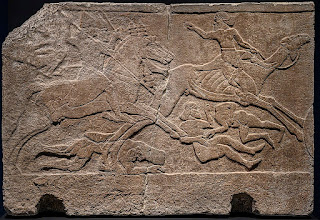 The character of Nachum was introduced to us in Chapter One with two opposing forces. First, there is the prophet’s name: Nachum, meaning ‘comfort’. Second, we are provided with Nachum’s birthplace: he is an ‘Elkoshi’, a man from Elkosh. Since no such place is known to have existed, some scholars have suggested that it is a play on words, meaning ‘God is harsh’. This apparent theological juxtaposition behind the character of the prophet might help us to understand the significance of the fate of Nineveh.

By this final chapter of the book, we see that Nineveh is doomed for destruction. As modern readers, Nineveh might only be familiar to us through the Book of Jonah. However, to the ancient eye, this was a grand city of the Assyrian Empire. In the time of Nachum, Assyria had been the superpower of the Ancient Near East for what must have felt like forever. Unbeknownst to Nachum’s contemporaries, this power was not destined to last, and Assyria would soon crumble under its own weight and the growing power of its rivals. To Nachum’s audience, this prophecy against Assyria’s power must have felt absurd. However, Assyria did fall, and power exchanged hands as power is wont to do.

To later readers, the pronouncement against Nineveh and Assyria might feel overly specific, but behind it is a message that can be universalised. Even Assyria can fall. There is no eternal empire, Nachum tells us; true power lies only with the God of the Universe. This may not read as an uplifting message on its surface, but it is an incredible message of hope if you are Judah. To the oppressed, this says that even your oppressors can fall, no matter how all-powerful they might seem. And to those oppressors, Nachum warns against assuming that power now means power forever.

In this dual message to the oppressed and the oppressors, our book magnificently marries nachum (‘comfort’) and elkosh (‘God is harsh’). The harshness of the All-Powerful can be comforting if you are the downtrodden - but not so much if you are the one abusin your own strength.