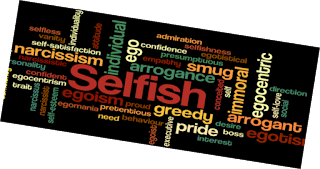 The tiny book of Obadiah is a harsh condemnation of the nation of Edom, a neighbouring nation descended from Jacob’s brother, Esau. Edom has failed to act as a brother to Israel in Israel’s time of distress, and this will be revisited upon the nation. It is interesting that Edom’s role draws so much focus; they are not the mega-powers of the era, such as Assyria and Babylonia, who are denounced for their overwhelming misuse of power.  Rather, they are a small neighbouring state who has betrayed us.

One of the charming elements of this most minor of prophetic books is Obadiah’s puns. Two of the major cities of Edom turn up as puns: in verse three, ‘you who dwell in clefts of the rock [sela]’ is a reference to the city Sela; in verse five, ‘if vintagers came to you’ [botzrim] is a reference to the Edomite city Botzrah. Alongside these puns, we see a play on Edom as a mountainous land with their arrogant, lofty views. Obadiah 1:3-4 reads:

Your arrogant heart has seduced you,

You who dwell in clefts of the rock.

In your lofty abode, you think in your heart,

“Who can pull me down to earth?”

Should you nest as high as the eagle,

Should your eyrie be lodged among the stars,

Even from there I will pull you down,

Edom are both physically elevated and emotionally elevated. According to the careful and awe-inspiring poetry of Obadiah, their height only gives them further to fall.

Most of the oracles against the more powerful nations can be extrapolated easily into eternal messages about power, greed, and control. Obadiah might, at first glance, seem a trickier text from which to learn. However, Obadiah’s relationship with puns on place names might indicate another layer to this lesson: ‘Edom’ (from the colour red, referring to Esau’s ruddy colouring) is the same root as ‘Adam’, a word used to refer to all humanity. Perhaps in this condemnation of Edom we can also read a warning to humanity in general. In the words of Proverbs 16:18: ‘Pride goes before destruction; a haughty spirit, before a fall.’