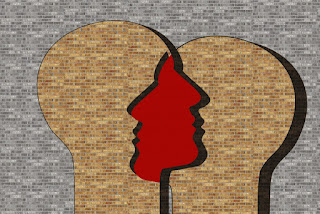 There is much debate amongst readers and scholars of Zephaniah about whether or not he is described as being an Ethiopian (‘Cushi’, or Cushite). Zephaniah is introduced with more ancestral information than is usual amongst his peers (Zeph. 1:1): ‘The word of the Eternal that came to Zephaniah son of Cushi son of Gedaliah son of Amariah son of Hezekiah, during the reign of King Josiah son of Amon of Judah.’ It is possible to read this as describing four generations of Zephaniah’s background (his father being named Cushi, and his great-great-grandfather being Hezekiah). Though it does read this way, ‘Cushi’ (Ethiopean) would be an unusual name for an Israelite man. This is why some claim that ‘ben Cushi’ is a description of Zephaniah’s African ancestry, perhaps by way of direct description (meaning: Zephaniah - who was descended from the Cushites - son of Gedaliah), or perhaps as an explanation of Zephaniah’s father’s name (that Cushi was so named because of his own ancestry). It is especially interesting that the Cushite people are mentioned later in the text (Zeph. 2:12 and 3:10).

However, the third interesting facet of Zephaniah’s introduction is that Zephaniah does not exist as a character within the text. The entirety of the book of Zephaniah is given in the voice of God; Zephaniah seems to be presenting himself simply as a vessel for the word of the Eternal. In that case, why does it matter whether or not Zephaniah is a Cushite or a descendant of King Hezekiah? Why does the text bother giving us any biographical information if it is not relevant?

Perhaps a clue can be found in the themes of Zephaniah’s prophecy. Zephaniah is prophesying against two kinds of people: the insiders (Judah) and the outsiders (the nations). To both kinds of people, Zephaniah offers a condemnation and a message of hope. While Zephaniah does not show up in the text in the first person or as a character, it is still telling that his message goes specifically to the insider and the outsider. Perhaps this can help us to understand Zephaniah’s name. First, his introduction indicates an aspect of relationship with the outsider: he is descended from the Ethiopeans. Then, his name indicates an aspect of relationship with the inside: he is descended from the last good king of Judah. Zephaniah is therefore a voice able to speak in both directions. There is a power in the space that Zephaniah sits in relationship with all.