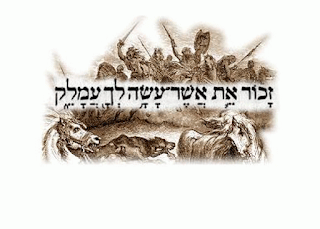 This week we saw the beginning of the newest trial against R&B superstar R Kelly. It’s an awful and fascinating case for a few reasons. One of those reasons is that it was completely apparent that R Kelly was guilty thirteen years ago. I’m not going to name his crimes explicitly from the bimah because they are too awful to put into words in a holy space, but if you don’t know what they are, the fact that I won’t name them probably tells you something. The primary reason that we know that R Kelly is guilty of at least some of the accusations against him is because he committed those crimes on tape, and that tape was leaked to the public. But he got away with it thirteen years ago, and according to numerous accusers, he continued his abuse. The story of R Kelly is really, I think, the case study in Cancel Culture.

Allow me to explain. R Kelly largely got away with his crimes because of two factors: the first being R Kelly’s fame, fortune, and - I won’t underplay this - his incredible talent as a musician; and the second factor being the fact that his victims were young black girls in the United States of America. The movement against R Kelly began among black women, who were experiencing this injustice and abuse in their community, and who really had no leverage to hold him accountable. The legal system just failed them. And so they took what power they could for themselves - they raised their voices, and began a campaign to “cancel” R Kelly. (And using the term “cancel” that way originates in African American culture.) And then a series of quite incredible events unfolded. The protest movement to deplatform R Kelly began in 2017. In 2018, with the story largely not being covered by mainstream news media, an article was written by - of all places - Buzzfeed, after a Buzzfeed writer spoke to the parents of girls who had gone missing in connection with R Kelly. In January of 2019, a documentary was released, starring individual women sitting on a chair in an otherwise empty room and giving their testimonies. That was January 2019. By February 2019, R Kelly was arrested.

I bring this up because this is the story of Cancel Culture working. It is a story of abuse and injustice being corrected.

Now, before we go forward, I want to clarify that I am not claiming that all moments of “cancel culture” look like this. However, I think it is worth keeping an eye on R Kelly as a case study, partly because of where we are in the calendar and where we are in the cycle of Torah readings.

In terms of the calendar, we are currently at the period of time that we should be the most skeptical of the idea of “cancelling” anyone. We are currently in the midst of the month of Elul, the month of preparation for Rosh Hashanah, in which we are attempting to right our wrongs in time for Yom haDin - the day of judgment.

There are several ways in which “cancel culture” clashes severely with this season of teshuvah (repentance).

The first is this: We are not always talking about people with power and people without it. In cases like Harvey Weinstein and R Kelly, there is a clear difference in power, there is a clear crime, and there is an attempt to reach legal justice. It’s a protest movement. But when we are digging up comments that someone made at age sixteen on the internet, or pulling apart wording to find a reason to ostracise someone - or, as is becoming worryingly common, when it is members of a marginalised community tearing each other apart instead of engaging in mutual support - then it turns into something insidious.

Which leads me to the second problem: Teshuvah, engaging in repentance, is supposed to be an experience of growth. Through facing our flaws, through healing our relationships, both as someone who seeks forgiveness and as someone who grants it, we allow ourselves to grow. We should not be stuck being defined by an offhand comment we made years ago, especially if we have faced that and done teshuvah for it.

And the third major issue in the relationship between teshuvah and cancel culture is this: We don’t set up teshuvah as being between us and the world. There are two types of teshuvah, of repentance: between a person and the Divine, and bein adam l’chaveiro - between a person and his fellow. An individual. That is purposeful. When someone’s wrong is defined not as being about the specific person or persons who were wronged, but about the entire world, we set them up to fail. Because we can’t get forgiveness from the entire world, and we shouldn’t have to. Teshuvah is not a process of public shaming. And the act of public shaming is not only overwhelmingly unbearable from the perspective of the person being shamed, it’s also bad for those of us involved in the shaming. To quote the journalist Jon Ronson: “... When shamings are delivered like remotely administered drone strikes, nobody needs to think about how ferocious our collective power might be. The snowflake never needs to feel responsible for the avalanche.”

Because that’s what it’s about, really. Power. Who has it, who doesn’t, and how it is used.

However. It is not only “cancel culture” which exists in this clash, and we have not resolved the problem - if you can call it a problem - that in cases like R Kelly’s, it has worked. See, thousands of years before R Kelly, someone else was cancelled. And we read about that in today’s parashah.

“Blot out the name of Amalek from under the heavens,” the Divine tells us in this week’s Torah portion. This command is understood to mean that the nation of Amalek must be removed from the world, due to the terrible story in which they attacked us by first attacking our most vulnerable - children, the elderly, the sick.

But Amalek and R Kelly are fringe cases. And it is imperative to know the difference between holding a serial abuser responsible and protecting his victims, on the one hand - and on becoming the force of injustice ourselves on the other.

The command to blot out Amalek might give us some insight into how to do this. Because while the Amalekites were a nation, some of our rabbis understand that the command to blot them out was not really about war, but rather about some aspect of Amalekite culture that needed to be obliterated. Something which might exist in all of us, and which we should be engaged in a life-long battle to remove from ourselves.

And furthermore, the Torah also obligates us to remember Amalek. There is something about what Amalek did that we need to fight against, and that fight is eternal. The Itturei Torah, a modern Chasidic commentary, answers this in very strong terms: Amalek’s crime was that they attacked our most vulnerable, who were our slowest walkers and therefore were behind us as we marched through the wilderness - but we are also responsible for the fact that they were in such a vulnerable position. Amalek had the opportunity to wipe out our vulnerable because we allowed them to be vulnerable.

R Kelly’s abuse should have ended thirteen years ago, when he was first on trial. Or long before that, when accusations of his behaviour began. R Kelly is ultimately responsible for R Kelly’s crimes, but there is also a societal responsibility for the fact that he walked free for so very long, even when his crimes were common knowledge.

The lesson that I see in the successful use of power against R Kelly, and the way in which similar efforts sometimes spin out of control is this: if we always assume that we are the force of justice, and others are the force of injustice, we will soon find ourselves on the wrong side. This Elul, I hope for open eyes and open hearts, for justice to flow like a mighty stream, and for a sense of togetherness that elevates us all.