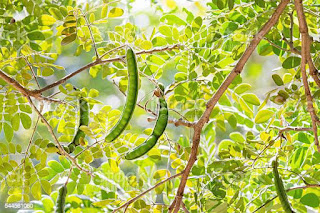 The same ethical rule turns up in almost all religious traditions throughout the world. In our tradition, it comes from the teaching of the great sage Hillel. When asked to summarise the Torah while standing on one leg, he said: דַּעֲלָךְ סְנֵי לְחַבְרָךְ לָא תַּעֲבֵיד - that which is hateful to you, do not do to your fellow. When asked to summarise his ethics, the Chinese philosopher Confucius said: Gay-so pat-yo, ma-seee yuyan. Do not impose on others what you yourself do not desire. There we have it. Two great sages of the ancient world on one foot. The same phrase, more or less, in Classical Chinese and Jewish Babylonian Aramaic. This is what is referred to as the Golden Rule.

Confucius was born in a world of unethical behaviour and political corruption, in the late Spring and Autumn Period of Chinese history - in the 6th Century BCE. He attempted to bring peace to this era of political upheaval by teaching people to act ethically. That context is clear from his teachings. And Confucius became one of the most influential philosophers of all of history. But what happens directly after Confucius’s life is concerning for the question of how effective the Golden Rule really is. Confucius died at the very end of the Spring and Autumn Period. The next period of Chinese history is referred to as the “Warring States”, which concludes with the takeover of the Qin dynasty. (You didn’t know you were getting a lecture on Chinese history this morning, huh?)

I won’t tell you too much about the Qin dynasty, but I will say this: They had a very different approach to getting people to follow the rules than Confucius. Where Confucius attempted to appeal to people’s inner selves to compel them to act ethically, the Qin Dynasty went with the simpler approach of severely punishing anyone who broke the rules, with their punishments ranging from ‘torture’ to ‘death’.

Perhaps this will make it a little clearer why I’m teaching you about Chinese history this Rosh Hashanah. When we want to encourage people to act ‘better’, we have multiple options at our disposal. The Golden Rule, ‘do not impose on others that which you do not desire’ - which also appears in our tradition - this is one of them. Another option is to provide severe consequences for breaking the rules.

I’d like you to open your machzorim to the Unetaneh Tokef. This piyyut, this liturgical poem, is one of the most famous and central texts of these holy days. It is an intense, powerful text. And within it lies one of the most incredible calls to the human soul: on Rosh Hashanah it is written, and on Yom Kippur it is sealed: Who will pass from the world and who will be born? And later: Who by fire, who by water? ... Who by stoning, who by strangulation? We could certainly read this as God watching our deeds, judging us, and then setting us up with a bad end if we are judged poorly.

How do we convince ourselves and others to make good, ethically sound decisions in the world? Perhaps with the threat of punishment hanging over our heads. Perhaps what we have here is the same tension that exists between Confucius and the Qin dynasty - with the great sage Hillel on the one side, appealing to people’s sense of fairness through the Golden Rule, and the Unetaneh Tokef on the other, telling us that we must act better or else.

Here’s the lesson from Chinese history: Confucius might be one of the most influential philosophers of all of history, but he failed in his immediate goal to encourage ethical behaviour. And before we think that the punishment method is more effective, we should note that while the Qin dynasty ran a tight ship, it lasted for a grand total of fifteen years.

Well. We now know perhaps a little more about Chinese history than we did five minutes ago, but no more on how to get people to act ethically. We still live in a world brimming with unethical behaviour. We still make poor decisions, ourselves, constantly. Confucius still failed, and so did the Qin dynasty.

I would like to humbly suggest that these arguments fail because they are ultimately appeals to selfishness. The Golden Rule is a wonderful tool to teach small children that other people have feelings, too. But to an adult, what the Golden Rule does is appeals to our own wants and desires, and attempts to get us to use those selfish urges to build better behaviour. To externalise selfishness to selflessness. I’m skeptical about that as an effective tool. Likewise, reward-and-punishment is based in training us based on our own pleasures and pains. Do this or suffer can train behaviour for as long as we fear the punishment, but it doesn’t encourage us to be more ethical.

Let’s turn back to the Unetaneh Tokef. I think there is something much deeper and more interesting happening here than do this or suffer. The poem begins with painting a picture of the heavens, so to speak. Just take a glance through the English. The Holy One sits on the eternal throne in truth. God remembers all that is forgotten. The angels are seized in awe. God is like a shepherd counting us, the sheep. And only then: on Rosh Hashanah, it is written; on Yom Kippur, it is sealed. And what is written and sealed is how many will pass over and how many will be born. I don’t think this is simply do this or suffer. This incredible piece of liturgy is careful to begin with a portrait of the Divine who sees all and remembers everything. The beauty of this, the intense passion of this text, is in the reality of the Divine. And only from there are we reminded of our own insecurity. Only within the context of God’s infinity are we reminded of what it means to be finite. The reminder here is not simply about punishment. If we turn to the end of the poem: אָדָם יְסוֹדוֹ מֵעָפָר וְסוֹפוֹ לֶעָפָר. We come from dust and we return to dust.

We are inspired by the Unetaneh Tokef to recognise two great things: the eternity of God, and the limitation of man. And not simply in a way that induces fear. It is inevitable that our experiences in the world are limited. Here is the ethical imperative I read from the Unetaneh Tokef: you have limited time in this world, so for God’s sake use it well. A healthy relationship with the infinite nature of God and the finite nature of humanity is, I think, the best possible drive to live well.

Our liturgy throughout Rosh Hashanah and Yom Kippur will do this time and time again. Because an appeal to recognising the fleeting nature of humanity is an appeal to the realisation that the time we have is limited, and the world will go on without us. So what is it that we want to leave behind? How do we want to spend the limited, precious time we have?

There is a great story in the Talmud which speaks of a man planting a carob tree. One day, Ḥoni the Circlemaker saw a man planting a carob tree, and asked how long it would take to bear fruit. “Seventy years,” replied the planter. Ḥoni asked him: “Do you really think you’ll live to see this tree bear fruit?” And the planter responded: “I found a world of carob trees. Just as my ancestors planted for me, so too shall I plant for my descendants.”

May this be a sweet year for us all. May we find much inspiration to better ourselves in the world within the rich liturgy of our tradition. And may we do well unto others, not only out of self-interest, but out of a desire to leave the world a little better than we found it.