The God of A4 Paper (Ki Tissa) 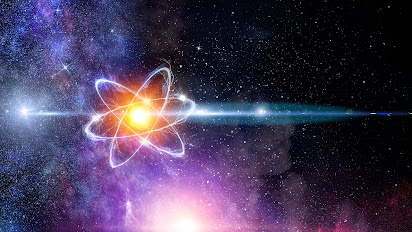 Some nights ago, I was having trouble sleeping. It was late, and I wanted something to lull my mind back to calm tiredness, and so I found a YouTube video I thought would do the trick. I do know I’m not supposed to do this.

I chose a video about metric paper, A4 paper. I really like metric paper, because I spent years in the USA, where the standard size of paper isn’t sensible at all. Metric paper is wonderful, because it retains its shape - if you fold A4 in half, you have A5, which is the same shape as the A4. Fold it again, and you have A6. (I promise this is relevant.)

Unfortunately, it seems that the man making the video on A4 paper had his own existential crisis about one minute in, because the video I thought was about metric paper was actually about how most of reality is just empty space. Using the ever-folding nature of metric paper to illustrate the point.

It asked to imagine that we could just keep folding the paper without the constraints of the material itself. At 24 foldings, our A28 sheet of paper would be the size of the cells of a living creature. ‘Sixty-four divisions down,’ quoting now from the video, ‘is the size of a single hydrogen atom, and we fall through its electron orbital to enter the interior and discover the truth of matter: it is made of mostly nothing.’

At around one hundred half-divisions of our piece of paper, we enter into the proton itself, and hover on the edge of madness. I suppose we would call that an A104 piece of paper. But as we keep folding smaller, we will find it is another one hundred half-divisions before we can expect to encounter anything again, until we get to the pixels of existence. Between A104 and A204 is just… space. Reality, close-up, is mostly nothing.

That was one piece of imaginary A4 paper folded only two hundred times. And yet on the level on which we live, we can touch and feel and affect things, things which it turns out are mostly made of nothing.

And then, of course, we can go the other way. Fold the A4 out to an A3, twice as big but the same shape. And out again, until it has been unfolded ten times, and is now the size of a house. By fifty unfoldings, the paper is now around the size of the earth itself. By ninety-two unfoldings, our paper is now the landscape onto which the entire solar system can be painted. By one hundred and eighty-four unfoldings of an A4 piece of paper, we have reached the edge of the observable universe itself. Two trillion galaxies. So what if we unfold it to eighty-five? To ninety? The observable universe fades and disappears. Two hundred foldings inward and we reach the great nothing of matter itself; two hundred foldings outward, and we are back in the same place - an infinite nothing.

So. That did not help me sleep.

We have real physicists in the room who might find the ability to be a little more composed about the reality of reality. Or maybe not. You’ll have to tell me later. For me, this tiny glimpse into the nature of the universe fills me with a sense of awe and wonder, but it also fills me with a sense of dread. There is a part of me that likes feeling small in the face of the universe. One of my favourite lines from Torah is when Ya’akov says: katonti mikol hahasadim umikol ha-emet asher asita et avd’kha - I am made small by all of the lovingkindness and all the truth that You have done to Your servant. Katonti, being able to recognise our own smallness, is meaningful to me. But Ya’akov still speaks to God directly, still recognises himself as God’s servant, still recognises himself as in relationship with God.

The God of the unfolded paper, the God of the incredible vastness of the universe, melekh ha’olam, the sovereign of time and space, might call to mind a theology of Otherness. God is the great power beyond human understanding. Even when we fold the paper inwards instead, when we go smaller and smaller and enter into the world of the quantum abyss, this still feels to me like the God of Otherness. I am made small, not by being a servant of the Divine, but by being… well, mostly empty space.

It’s awesome and awful. I understand, suddenly, something about the attributes of God given in this week’s Torah reading: in which God describes Godself as being el rahum v’hanun, God who is compassionate and gracious, but also says lo y’nakeh pokeid avon, that God does not remit punishment for generations. I understand this in the framework of the God of physics, not because of the personal nature of compassion and punishment, but because of course God is so far beyond human understanding that God encompasses things that might seem contradictory. I understand what Isaiah meant when he said about God:  יוֹצֵ֥ר אוֹר֙ וּבוֹרֵ֣א חֹ֔שֶׁךְ עֹשֶׂ֥ה שָׁל֖וֹם וּב֣וֹרֵא רָ֑ע, that God crafts light and creates darkness, makes peace and creates evil. When we fold inward or outward into the world of empty space, those concepts become simply a part of the absolute whole of existence.

However, it only takes a brief glance elsewhere in our parashah to wonder how that kind of theology fits with the command to create sacred space. Why would such a God care to dwell amongst the people? Why would such a God want prayer or relationship, be jealous or forgiving about the building of a golden calf? How could such a God be said to want anything at all?

The good news is that we are not the first people to attempt to marry the two. There is an idea baked into Jewish mysticism that says yes to both of those concepts of God. In his work on the origins of Habad Hasidim, Rabbi Louis Jacobs of blessed memory describes it this way:

A new term is required for that mystical philosophy of theism which holds that while God is more than the universe, more than a name given to the totality of things, the universe is in Him.

He eventually accepts the word panentheism for this, though it comes with its own baggage. It’s ultimately a marriage between the idea of God as Other to the universe and the idea of God as the universe. But I think it’s useful for our purposes, too. There is a concept of God who cares about covenant, about holy soil, about right and wrong. Within that realm, humanity is the shining jewel of creation, in conscious relationship with its creator. And there is a concept of the God of the space within the proton, for whom surely we too are simply empty space.

So perhaps we can do both. We have modelled for us in mysticism a possibility to embrace both elements of divine reality. But why should we, when perhaps the God of comfort is more, well, comforting(!) than the God of vast nothingness?

I think that Hasidism also has a teaching for us on why we should care about both aspects. Rav Simcha Bunim, a Hasidic rebbe at the turn of the 19th Century, famously taught: a person should have a slip of paper in each pocket. In one pocket, he should keep the verse: anokhi afar v’eifer, I am but dust and ashes. And in the other pocket: bishvili nivra ha’olam, the world was created for my sake.

Sometimes, perhaps, it’s a good thing to have a sleepless night wondering about the vastness of the universe and our place within it. Just as long as it isn’t every night.

That video on A4 paper, by CGP Grey: